Teams have been picked, wine has been chilled. Tonight is the night we have been waiting for…since The Bachelor ended. I waited until now to post our teams because I 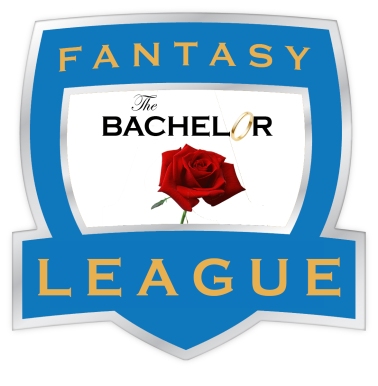 did not want to influence your choices. We like to pick our teams only by looking at the contestants’ head shots. This makes for an interesting premier night because we finally get to see everyone’s personalities and their choice of arrival. (Remember the cupcake car last Bachelorette?)

So I am happy to say I think I have the strongest guy as my first pick but I have no confidence in the rest of my team. The only pick I could have done worse with is Mike’s first pick, Chad. Spoiler Alert – her ex-boyfriend. He will probably stay around a couple rounds getting Mike points but there is no way she goes back to him.

Here is the link in case you need a refresher on who is who, Cast link. 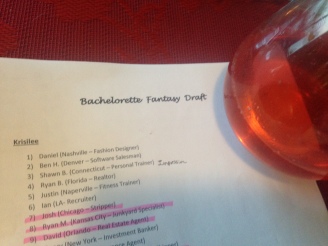 While Mike might have gotten the first pick, I have a strong feeling I will be continuing my undefeated record. I might lose a couple weeks here and there but Chase is in it for the long haul. Who do you think is going to be there in the end?

This entry was posted in Uncategorized. Bookmark the permalink.