The countdown for the start of The Bachelorette 2016 is in the final stretch. The season starts Monday, May 23 and to say I am excited is the understatement of the year. Not because I am excited to see realty TV’s next attempt at a love match but I am ready to beat my husband in yet another round of Bachelor (Bachelorette) Fantasy League. So far I am undefeated! 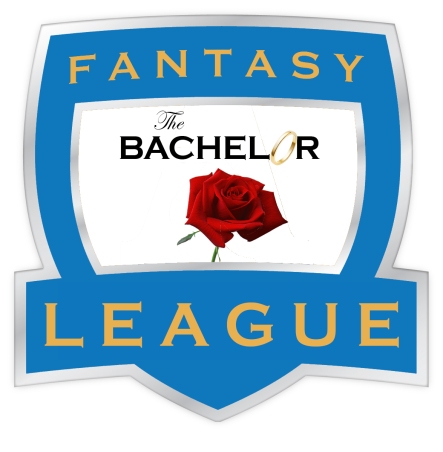 We are ordering some sushi, opening a bottle of wine and drafting our teams tonight. We will be picking who we think JoJo should give the final rose to only by looking at their faces. After we have our teams set then we will look at their profiles to see more specifics on the guys like occupation and where they live.

I will share the way we set-up the challenge, including prizes and then give you some ideas on how you can add your own twist.

This is a fun night to go all out, just like the Fantasy Football Drafts. We are celebrating with our favorite meal, sushi and wine. If you are going to do a girls’ night then consider having an appetizer potluck, have everyone bring their favorite appetizer and a bottle of wine to pair it with.

Everyone will want to gather around a computer to look at The Bachelorette cast and pick their team one contestant at a time. There was only two of us so we just shared the computer to look at the contestants but if you are having more people you might want to ask everyone to bring their own laptop. You will have these players for the whole season so make sure you pick the ones you want first. 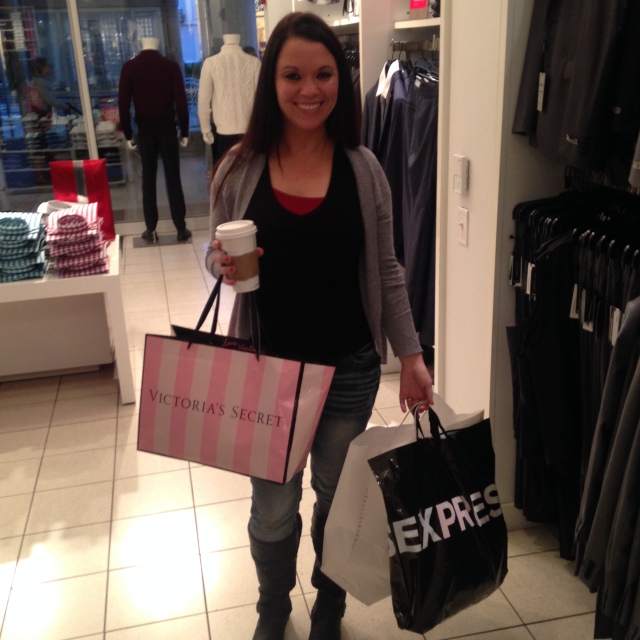 This was me after my $200 shopping spree from winning!

After everyone has had some food it is time to get down to business. Based on who you will be playing with decide what the big prize will be and what the weekly point prizes will be. When we did the draft we made the big prize a $200 shopping spree. If you are doing this with your girlfriends then maybe throw in some money for a shopping spree or a gift card to a local brunch spot. The big prize has to be something that everyone is going to want. Our weekly prize was the winner got to pick what we did for our Friday date that week. If you are doing this with girlfriends then the winner could win a bottle of wine or maybe they pick the theme for the next week’s viewing party. Another twist is that you could have the week’s loser responsible for the food the next week or maybe they have to create a drink recipe for everyone for the next viewing.

My husband Mike developed a point system for the two of us to play every week and with a couple small changes you can add two more people. I suggest keeping this smaller so you have more contestants (chances to win) on your team. Scoring is in reverse order, so every week that your contestant stays in they will receive an assigned point value.

Every week your player makes the cut they will be worth the amount in ( ), for a possible total of 78 points.

Bonus Challenge
* Have everyone pick the person they think will receive the ‘First Impression Rose’.

Tip: We use a highlighter to cross of the contestants sent home every week.

You have the prizes picked so now it is time for the fun part picking teams! Pull up The Bachelorette’s Cast website page and check out the list of players. We pick our teams without reading any of the bio’s for the players. This adds a fun twist since last year I ended up with a stripper…obviously not someone I would have picked if I knew that. There are 25 contestants so we always leave one contestant who is not picked by either of us. Flip a coin or come up with another competition to see who picks first, then pick every other until you have one contestant remaining.

Official Scorekeeper
Create one score sheet listing everyone’s contestants in the order they picked them. Assign someone the role of official scorekeeper. Every week this person will tally the points and announce the winner.

Now that you have picked your teams all you have to do is sit back and watch the show. This is the perfect excuse to host girls’ nights or date night. Have everyone bring an appetizer and let the viewing party begin. Share your photos and ideas on my Facebook page. You might be able to give other players ideas on prizes or viewing party options as well. There is Fantasy Football for the football fans and The Bachelorette Fantasy League for us!